Why Is Being Multilingual Essential for Today's Kids

Why Is Being Multilingual Essential for Today's Kids? There are many benefits to being multilingual. Some of these benefits are obvious. People who speak two or more languages find that more career opportunities are open to them. They find social and cultural barriers easier to overcome, especially when traveling. Even adapting to change becomes easier!

However, there are other benefits of speaking multiple languages that are less obvious. Multilingualism enables people to become more focused and more open-minded. It also has positive cognitive effects on the brain. People who speak multiple languages have longer attention spans and are better at multitasking than monolinguals. Research has shown that the stronger neural connections resulting from multilingualism not only reduce the recovery time after a stroke but also reduces the overall risk of suffering from a stroke in the first place. The positive cognitive effects of speaking more than one language may also delay the onset of dementia.

But despite all of the benefits of being multilingual, it can be difficult to learn a second language. This is especially true for people who are born into monolingual homes or cultures. It may be necessary to enroll in language classes, which can be expensive or difficult to fit into an already-busy workday.

Some cultures don’t grasp the importance of being able to speak multiple languages. This is common in many English-speaking countries since English is routinely taught as a second language all around the world.

The NoMeLoMe digital library can help parents who believe in the importance of being multilingual. Each story in its vast library of animated children's books is available in a variety of different languages. Kids can read and hear the colorful, engaging stories whenever and wherever they’d like. Children can choose from books in nine different languages, including English, French, Russian, and Spanish. Parents can use these books to expose children to a new language or to help them practice one they’re already learning. It’s a win-win! 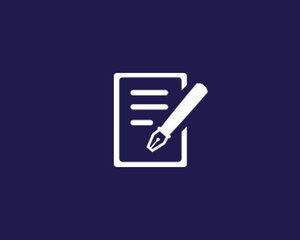 An avid reader and the mother of four teenagers, Claudia Wardius has been a fan of children's books for as long as she can remember. She has a journalism degree and worked as a newspaper reporter, magazine editor and book designer for almost 10 years before taking a break to be a stay-at-home, homeschooling mom. With the kids in school now, Wardius now works part-time as a freelance writer and editor of cookbooks, historical biographies and children's ebooks from her home in Wisconsin.